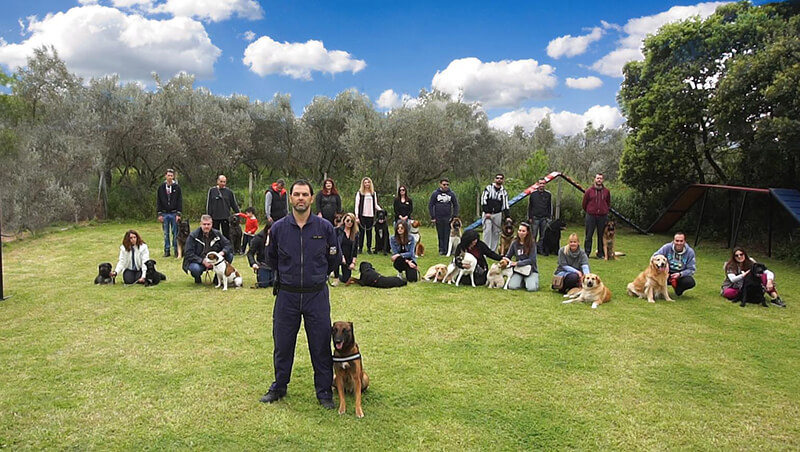 My name is Chris Parkiotis and I am a K9 trainer in Boston Ma. Having 20 years of experience in dog training, I specialize in behavior and obedience. I am a strong believer of achieving strong communication between owner and dog by controlling his mind instead of his body.

How it all started

It all started when I was 14 years old. It was a defining moment in my life that started my dog training career. My older brother James got me a dog and a dog training book for my birthday. It was a beautiful German Shepherd that captured my entire young soul. We quickly became inseparable and I started to spend all my free time with my best friend, which I named Hector. His intelligence inspired me to want to dig more into his mind and analyze his behavior. That was when I realized I wanted to become a Dog Trainer.

Eight years later I became a Police Officer, and My wife Maria got me a Rottweiler puppy as a graduation gift, which I also named Hector to honor my first dog. Hector-2 helped me establish my own private dog training business in parallel with my Police work. His demeanor rapidly became so well-known through word of mouth that many dog owners would travel miles to join my programs. I have trained over 1500 dogs of all breeds for various capacities, including family dogs, service dogs, dogs for families with infants and young children, guard dogs, wheel chair, shopping,  and have trained dogs and owners to come together in sports, climbing, biking, and various other capacities. From 2004 to present I have also provided facilities for dog training, hotel, and day care.

In addition, I have always had my own dogs (Hector-German Shepherd,Hector-2, Max- Rottweilers, and Gus-Belgian Shepherd), which I trained as family and agility dogs and participated (often with my children) in numerous competitions and demonstrations of agility, obedience, and special needs.

My passion for dog training continued to grow. In 2003, I passed the Police K-9 training exam with high honors and I became a Certified K-9 Handler. Now as a Sergeant, I was assigned my K-9 partner named Zeus, a German shepherd trained by me as a drug detector, which eventually became the top dog in the entire Region that set a record of drug quantity busts that resulted in many drug arrests. The team of Zeus and I, became highly decorated officers in a short time. Zeus and
I were trusted with a special assignment by the Greek Government that had an effective role in the drug enforcement and public safety for the 2004 Athens Olympics. When Zeus was retired at the age of 10, I was partnered with Ceaser, a Belgian Shepherd (Malinois) which I also trained as a drug detector, as well as an agility dog. My work with Ceaser brought the same results as with my previous K-9 in the drug detection area. In 13 years my work with my partner K-9s has resulted in 28 National Courage recognition Awards. 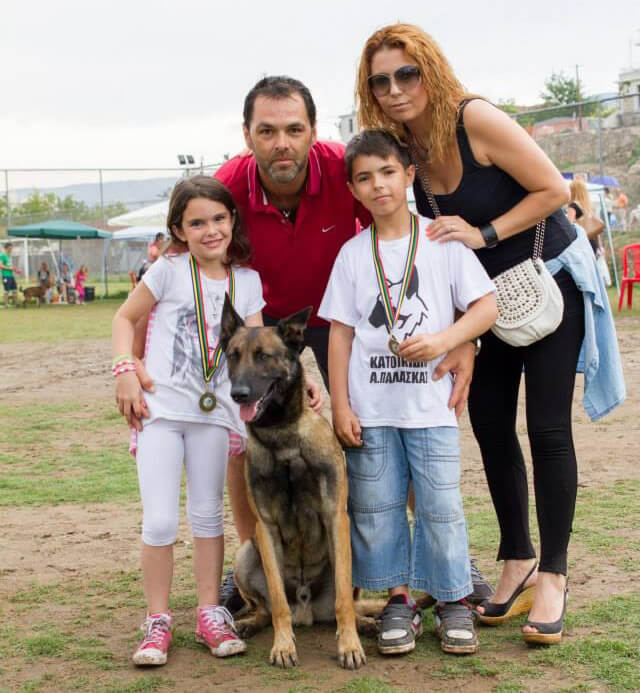 Being a very family oriented person, for a better future of our children, myself, my wife Maria, our two children and my K-9 Ceaser have moved back to my birth place of Boston, after a volunteer retirement of 20 years from the Police Force, and my private dog training business in Greece, and I am currently establishing a dog training career in the Boston area.